Oklo Resources’ focus is its large landholding of 11 gold projects covering 1,400km2 in some of Mali’s most prolific greenstone belts, concentrated in two key areas; West Mali (Dandoko, Kouroufing, Moussala, Sari, Kossaya, Kandiole and Socaf) and South Mali (Yanfolila, Solabougouda, Sirakourou and Kondieba).
Both groups of permits are located in the vicinity of multi-million ounce gold mining operations and recent discoveries. Oklo’s flagship projects of Dandoko and Kouroufing are in West Mali with the Company holding approximately 500km2 in the immediate region. 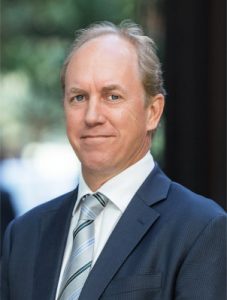 Simon Taylor is a geologist with over 25 years’ experience in exploration, project assessment and development and corporate advisory in the resources sector, including management at the CEO and Board level. His experience spans a range of commodities including gold, fertilisers (phosphate and potash), base metals, nickel, uranium, coal and coal seam methane in Australia, Brazil, Turkey, Uganda, Tanzania, Mali, China, UK and North America.

The main aim of attending 121 is to broaden market awareness of the Company and therefore its institutional investor base in capital markets outside of Australia. Oklo’s current resource definition drilling program in west Mali is fully funded from cash reserves of circa A$8.5 million. The Company expects to release its maiden Mineral Resource estimate early in Q2 2020.

Oklo’s current program is focusing on metallurgical testwork and infill drilling, including closing off areas of near surface mineralisation, at Seko anomalies SK1-5 and surrounding areas within its flagship Dandoko Project in advance of the Mineral Resource estimate. Initial assay results have been spectacular as summarised in the following recent ASX announcements.

In particular, the drill intersection reported on 22 November demonstrates excellent potential to grow SK1 along strike.

Completion of the current metallurgical testwork and infill drilling programs at Seko.

Completion of the maiden Mineral Resource estimate at Seko and recommencement of exploratory drilling along the 12km-long Dandoko gold corridor within the larger Dandoko project area.

Continuing exploration over Oklo’s 1,400km2 landholding in Mali, including the Kouroufing Project located to the southeast of Dandoko, which hosts the Company’s second bedrock gold discovery associated with extensive auger gold anomalies.

The key challenge confronting the Company in the near term will be outlining a resource of sufficient scale to meet the Company’s objective of becoming a near-term gold producer. That said, the Company is making excellent progress on the exploration front with a fertile pipeline of early to advanced stage targets already identified.

Oklo has a strategic landholding of circa ~400km2 in the prolific west Mali region, adjacent to the Senegal-Mali Shear Zone, which is spatially related to numerous world-class gold deposits. The Company has already confirmed bedrock gold discoveries at two of its projects with numerous targets remaining lightly tested. Oklo is managed by highly experienced mining industry professionals with an unrivalled track record of discovery and mine development in west Africa.