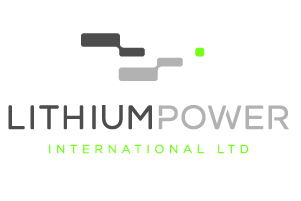 Lithium Power International Limited (ASX.LPI) (‘LPI’ or the ‘Company’) is a pure play lithium company with three distinct regions, one is South America’s brine region and two in Western Australia’s spodumene hard rock, providing diversification in both geography and geology.
The company’s primary focus is on the development of Chile’s next high-grade lithium mine – Maricunga Salar in an area know as the Lithium Triangle. The Company has continued the exploration on its lithium tenements in Western Australia.

Cristobal Garcia-Huidobro – CEO & Managing Director
A Civil Engineer with over 18 years’ experience developing and financing in Mining, Energy, Infrastructure, Finance and Property projects. Mr Garcia-Huidobro led MSB’s exploration and development programme for the Maricunga Salar. He is formerly the CIO of CENTINELA, an investment company with a significant portfolio under management worldwide. He also served as Board and committee member on a number of mining, property and agricultural funds in North and South America.
Andrew Phillips – Executive Director/CFO/Company Secretary
Mr Phillips has over 25 years’ international commercial experience previously working in senior financial and commercial management positions with a number of public and multinational companies in Australia and New Zealand with extensive networks throughout Asia. He has served in the past as a director and/or company secretary for a number of ASX listed Companies.

What is your rationale for taking part in 121 Mining Investment?

• Firm commitments received from institutional, sophisticated and professional investors to raise approximately A$25 million via a successful share Placement at A$0.60 per share.

• The successful Placement highlights support for the Company’s progress in Maricunga, with positive updated Definite Feasibility Study results announced earlier this year for its Stage One project.

• Lithium Power now has tenements in each of the three major WA hard rock lithium areas – Greenbushes, the Pilbara Craton and the Eastern Goldfield

• LPI to consolidate 100% ownership of the Maricunga brine project, by way of a three-party all-scrip merger with its JV Partners MSB SpA (owner of 31.31% of Maricunga) and TSXV listed Bearing Lithium (17.14%)

• The Transactionsincrease the current LPI shareholders’ proportionate interest in Maricungafrom the current 51.55% to ~57.9%1

• LPI will consolidate the ~48.45% of the Project that it does not currently own at a valuation which is a discount of ~17.1% compared with LPI’s current look through value of Maricunga