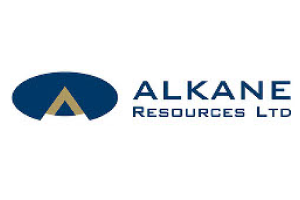 Alkane is a gold production company with a multi‐commodity exploration and development portfolio. Alkane’s projects are predominantly in the Central West region of NSW, but extend throughout Australia through investments in other gold exploration and mining companies.

Mr Earner joined Alkane in August 2013 as COO and became Managing Director in September 2017. Mr Earner is a Chemical Engineer who has held operational and executive roles with Straits Resources, Rio Tinto Coal Australia and WMC / BHP at Olympic Dam.

The major porphyry discovery at Boda (Northern Molong Porphyry Project) in NSW, Australia. The significant expansion of the resource base immediately adjacent to Alkane’s operating gold mine at Tomingley.

Publish the remaining Boda results. Finalise the resource at the exploration adjacent to Tomingley Gold Operations.

Commence the next stage of drilling at Boda. Commence the approval process for mining at the new Roswell and San Antonio resources. Potential corporate activity.

Consolidate drilling at Boda as well as new prospects in the North Molong Porphyry Project. Significantly progress approvals for mining of Roswell and San Antonio. Execute corporate activity if decided by board.

The key risks at present relate to COVID-19 and are addressed in our announcements to market.

Alkane has ongoing production, a solid cash base, expansion potential and a significant exploration discovery.

Alkane Resources is an ASX-listed gold production company, with a multi-commodity exploration and development portfolio, predominantly within central-west NSW.

The company’s gold operations at Tomingley are located approximately 50km southwest of Dubbo. Operated by Tomingley Gold Operations (TGO), a wholly-owned subsidiary of Alkane, the gold processing plant was commissioned on time and on budget in January 2014 and has been operating at the design capacity of 1Mtpa from early 2014.

Mining at Tomingley is based on four gold deposits – Wyoming One, Wyoming Three, Caloma and Caloma Two. Open-cut mining occurred on the deposits until early 2019, producing 60,000 to 80,000 ounces of gold per year. Underground mining commenced during early 2019 from the bottom of the Wyoming One pit.

The company has commenced consultation with some of the key stakeholders, including landholders and regulators as part of the approvals process, and has submitted an application to develop an exploration drive from the existing underground to the Roswell deposit. The Roswell Deposit has been modelled and demonstrates an Inferred Mineral Resource using a 0.5g/t gold cut-off of 7.02 million tonnes grading 1.97g/t gold (445,000 oz).

Meanwhile, its world-class, construction-ready Dubbo Project is set to become a strategic and significant producer of critical materials for advanced technologies: zirconium, rare earths, hafnium and niobium. Alkane is monitoring market demand and will seek further investment for this project – the most advanced of its kind outside China – when the time is right.

Elsewhere in NSW, there is excitement surrounding the Boda Prospect that’s located within its Northern Molong Porphyry Project, with diamond core drilling underway to test for depth and strike extensions to the significant porphyry gold-copper mineralisation already identified, including a recent hole that intersected 689m @ 0.46g/t gold, 0.19% copper from 402 metres.