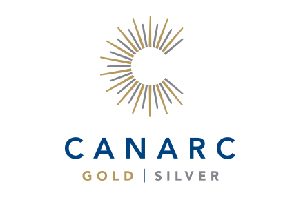 Canarc is a TSX-listed company that’s focused on advanced gold and silver assets located in North America. Canarc has projects with significant existing gold resources located in Nevada, US and British Columbia, Canada as well as prime drill-ready exploration targets.

The company is currently seeking a partner to advance its high-grade, underground New Polaris gold mine project in British Columbia to the feasibility stage. New Polaris is the company’s core asset – it is 100%-owned and is a past-producing mine that hosts 1.1 million oz in north-western British Columbia. The project is subject to a 15% net profits interest to Rembrandt Gold Mines, which can be reduced to 10% NPI for 150,000 shares.

Prospectors discovered gold at New Polaris in 1929 and it operated as a mine intermittently until 1958. New Polaris then lay dormant for 30 years until exploration resumed in 1988. Canarc acquired New Polaris in 1992 and since has drilled 241 holes totaling 64,000 m of core, outlining significant new ore below and beyond the old mine workings.

Canarc is considering a feasibility work program that will include 24,000 metres of infill drilling to upgrade inferred resources to indicated resources, mine and plant engineering, environmental permitting, and completion of a feasibility study at an estimated cost of CA$10 million, subject to financing.

Canarc updated its positive preliminary economic assessment of New Polaris in February 2019 for the construction of an 80,000 oz per year high-grade, underground gold mine with on-site processing to include flotation, bio-oxidation followed by CIL leaching and refining to produce dore gold bars at site.

Higher gold prices and the revised treatment process to produce dore gold bars at site have a significant positive impact on the project economics. Using a gold price of ($US1,300 per oz), $CA/$US exchange rate (0.77) with cash costs of US$433 per oz, the updated Moose Mountain PEA generates a 5% after-tax Net Present Value (NPV) of CA$280 million with an after-tax Internal Rate of Return (IRR) of 38% and a 2.7 year pay-back period. On a pre-tax basis, the undiscounted life-of-mine cash flow totals CA$414 million.

. The mine, then known as Polaris Taku, was built in 1937 and commissioned a year later. It operated until 1942, shut down due to World War II, and then restarted in 1946 and operated until 1951. In 1951, a barge loaded with gold concentrate sunk off of the coast of BC in a violent storm. As a result the mine closed. Cominco owned and operated the nearby Tulsequah Chief and Big Bull deposits and in 1952 leased the site Polaris-Taku site and upgrade the mill to process ores mined from these deposits. This continued until 1957. During the mines operation, a total of 232,000 oz. gold was produced from 691,000 tonnes of ore grading 11.9 grams per tonne (0.35 oz./ton). Gold concentrates were shipped to a smelter in Tacoma, Washington for refining. About 15,796 m of under-ground development on 10 levels, and 3,747 m of raise development were completed at New Polaris. The deepest level of the mine is 187 m below sea level. A 250 m internal winze was used to haul ore to the main haulage access level. Mining methods included long-hole, shrinkage and resuing.