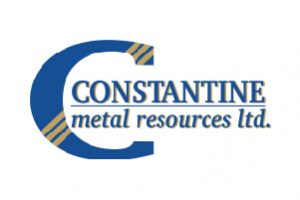 In addition, Constantine has a portfolio of high-quality 100%-owned gold assets to be spun out into a new company including Timmins, Ontario projects and the Johnson Tract (deposit) in Alaska. 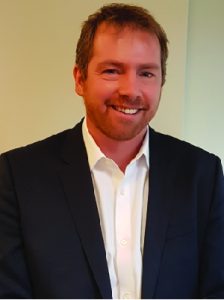 Darwin Green has been in the mineral exploration business for over 20 years, working throughout Canada, USA and Latin America. His work in Alaska started in 1998 at the Palmer Project which transitioned into his 2001 M.Sc. thesis that later contributed to the South Wall and RW Zone discoveries. Between 2005 and 2008 Darwin oversaw resource expansion and underground development programs at the Niblack project on Prince of Wales Island, for which he received the 2008 Commissioner’s Award for Project Excellence by the State of Alaska. He has held the position of Vice President Exploration at Constantine Metal Resources for the past 10 years, where he oversees exploration and business development. He and the entire Constantine team bring a high level of technical expertise and commitment to making the Palmer Project a success.

Constantine is moving toward the completion of a PEA on the Palmer base metal project in Alaska.

Constantine has begun the process to spin out the company’s gold assets in Alaska and the Timmins, Ontario gold camp, with a planned completion date by end of the first half of 2019. A raise will be done concurrently with the spin-out.

Financial raise for Palmer JV (Dows) project and for work on regional targets outside JV lands.

The key challenge is always the ability to raise funds for ongoing work, however, Constantine has CAD$3.4 million cash on hand and sufficient interest from current and prospective investors for cautious optimism that additional funds may be raised as required. Dowa, as a 49% project partner, significantly de-risks a number of aspects in the development of Palmer.

The regional targets surrounding the Alaska Palmer JV project offer tremendous resource growth.
Any investment in Constantine, prior to a record date (yet to be established) will yield proportionate investment in the new gold company to be spun out of Constantine.