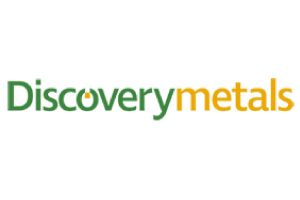 Discovery Metals is a TSX-V-listed exploration company that’s led by a top-tier group with a record of success in finance, discovery, project development, operations and M&A.

Discovery is focused on district-scale silver and silver-zinc-lead projects in northern Mexico.

Following completion of a successful PEA in April 2018, the current indicated and inferred resources, combined with the project’s eight large-scale mineral targets, have established Cordero as a world-class property and a district-scale discovery ready for pre-feasibility studies. Cordero’s host rocks, geology, metal assemblage and size are all analogous to some of Mexico’s largest world-class, bulk-tonnage silver deposits – including Penasquito (Goldcorp), Camino Rojo (Goldcorp) and Pitarilla (Silver Standard). These deposits are all situated within the same emerging Chihuahua-Zacatecas silver-gold belt in northern Mexico.

Discovery’s focus has been on understanding the nature of the higher-grade zones within the larger mineralized system with the objective of upgrading the economic potential of the Project. Discovery initiated a Phase 1 drill program totalling 30,000m-35,000m in September 2019 and expects to complete the full drill program through the course of 2020. The goal of the Phase 1 program is to gain an understanding of the geology to define and delineate the higher-grade zones. In conjunction with the drill program, the company also intends to advance property wide targets to drill ready status in 2020.

Additionally, Discovery has assembled a land package of 150,000 hectares over a large and historic mining district in Coahuila State. The portfolio of three large-scale, drill-ready projects and a multitude of earlier stage prospects, all with shallow high grade silver-zinc-lead mineralization, is sited in a world class CRD belt that stretches from southeast Arizona to central Mexico.  The land holdings contain hundreds of historical workings with several kilometres of underground development, but no modern exploration.