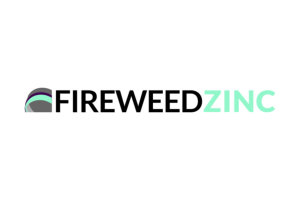 Fireweed Zinc is a public mineral exploration company focused on zinc and managed by a veteran team of mining industry professionals. The Company is advancing its large 544 km2 Macmillan Pass Project in Yukon, Canada, which is host to the 100% owned Tom and Jason zinc-lead-silver deposits with recently announced Mineral Resources and a PEA economic study as well as the Boundary Zone and End Zone which have significant zinc-lead-silver mineralization drilled but not yet classified as mineral resources. The project also includes option agreements on large blocks of adjacent claims (MAC, MC, MP, Jerry, BR and NS) which cover exploration targets in the district where previous work identified zinc, lead and silver geochemical anomalies in critical host geology. 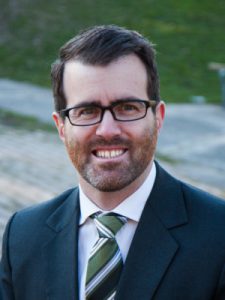 Mr. Macdonald is a professional geologist with a diverse experience base including exploration geology worldwide and investment banking. In recent years he has focused his efforts in exploration and development as a principal of and consultant to various junior mining companies. In the past he was in the City of London where he worked in structuring financings and risk management at Macquarie Bank. In 2007 Mr. Macdonald graduated with an MBA (with Distinction) from Oxford. He completed his B.Sc. in Geology from UBC in 2000. Mr. Macdonald has a long history of mining exploration work in Yukon, including zinc projects, and originally hails from Ross River, near the Macmillan Pass Project site. He is a Professional Geologist registered with Engineers and Geoscientists British Columbia (EGBC).

Fireweed is attending in order to introduce the project to new potential investors who will provide market support to the Company. The Company is cashed up and with a strong exploration campaign planned to fully explore and grow Macmillan Pass and the district potential. Investors will have a steady flow of news flow forthcoming as management quickly acts on its goals.

Most recently in February 2019, Teck Resources Ltd. led a financing of Fireweed which was a strong validation for the Company that the world’s preeminent zinc miner was willing to fund the continued advancement of the Macmillan Pass project. This is the first time in the history of the area that the full district is held under one company umbrella. Management is working diligently to create a world-class zinc district.

Fireweed will embark on the 2019 summer exploration campaign starting in May 2019 to test the recently discovered anomalies along the Fertile Corridor and also drill step-outs around the current resource to add efficient tons that will add to the further robustness of the project.

In the fall months in September to November 2019 a steady flow of news releases will come out to the market based on the summer exploration drilling program. We will have tested our targets and come up with the full numbers to potentially support our thesis of the Fertile Corridor potential where we believe a string of pearls on a necklace concept occurs where potential zinc deposits are situated from Tom and Jason deposits to the north-east to Boundary Zone.

The key risk now is the lack of support on the zinc price despite all the signs pointing that zinc price should be higher. This causes a bit of a vacuum in the zinc equity space. So it comes down to gaining attention from investors in a tough zinc market.

Past management success, size of the asset currently, future potential to increase an already large and robust asset.