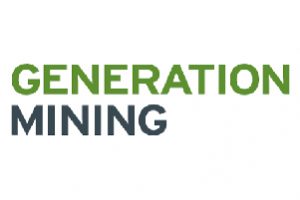 Generation Mining’s primary business objective is to develop the large Marathon palladium-copper project through exploration and an upcoming Preliminary Economic Analysis to be followed, if warranted, by a Definitive Feasibility Study. The Marathon deposit, located in Northern Ontario near the large Hemlo gold mine, contains 7.1 million palladium-equivalent ounces. Gen Mining owns a 51% interest in the Marathon project with Sibayne Stillwater, and has an option to increase that interest to 80% by spending $10 million before July 9, 2023. The Company’s common shares trade on the Canadian Securities Exchange (“CSE”) under the symbol GENM.

To introduce our newly acquired Marathon Palladium Project to investors in the UK.

Large undeveloped palladium project at a time when palladium is hitting all time record highs.

Generation Mining is a CSE-listed mineral exploration and development company, focusing on palladium, copper, zinc and molybdenum projects in Canada.

The company owns a majority interest in the largest undeveloped Palladium deposit in North America, the Marathon Project in Northern Ontario. The Property is located approximately 215km east of Thunder Bay and 10km north of Marathon. Gen Mining owns a 51% interest in the Marathon project with Sibayne Stillwater, and has an option to increase that interest to 80% by spending $10 million before July 9, 2023.

The 200 sq km property covers nearly the entire Coldwell Complex and hosts several PGM-Copper deposits, including the 7.1 million ounce palladium-equivalent Marathon Deposit. The Deposit has a total north-south strike length of approximately 3km and dip 30° to 40° toward the west. The mineralisation has a true thickness ranging from 4m to over 100m. Other deposits are the Geordie and Sally, located 10 km west and 15 km northwest, respectively, of the Marathon Deposit.

More than 200,000 metres of drilling in over 1,000 holes have been drilled to date on the property, which has been the subject of feasibility studies and numerous mineral resource estimates. The portion of the property that hosts the Main Marathon deposit has no outstanding royalties.

In October 2019 the company announced that it has engaged P&E Mining Consultants to undertake a Preliminary Economic Assessment (PEA) of the Marathon Deposit. The PEA is scheduled to begin immediately and expected to be completed by year-end. Gen Mining has instructed P&E to investigate a number of mining scenarios, including a smaller, higher-grade starter pit, which can be expanded to full production after the initial payback has been achieved. Previous studies were done at palladium prices of less than $500 per oz, whereas the two-year trailing average price of palladium is now near $1200 per oz and the spot price is near $1700 per oz.