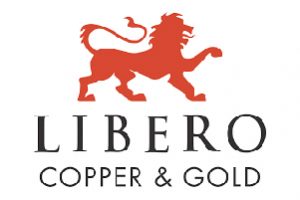 Libero holds a collection of porphyry deposits throughout the Americas in prolific but stable jurisdictions. The portfolio includes both exploration properties such as Big Red, a new gold discovery in the Golden Triangle, Canada, and high-quality deposits with significant resources but without any fatal flaws or significant holding costs. The Tomichi deposit in the United States and the Mocoa deposit in Colombia, both contain large inferred mineral resources. In total, the Mocoa and Tomichi properties contain 7.9 billion pounds of copper and 1.1 billion pounds of molybdenum. These assets are being advanced by a highly disciplined and seasoned professional team with successful track records of discovery, resource development, and permitting in the Americas. 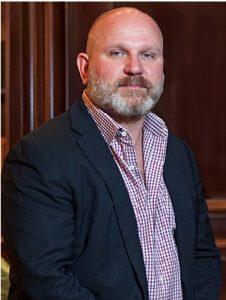 Mr. Slater is an entrepreneur who has founded numerous companies and been involved in the mining industry for over twenty years. Previously, Mr. Slater was the Managing Partner of both Ernst & Young’s Canadian and Arthur Andersen’s Central Asian Mining Practices. Mr. Slater is a Chartered Accountant.

Resource base of 12 billion pounds of copper and exposure to exploration success.

Libero Copper is a TSX-V-listed company with a focus on advanced copper deposits in the Americas, with a significant resource.

The Mocoa deposit is located near the Ecuador border 10km from the town of Mocoa.  It was discovered in 1973 when the United Nations (UN) and the Instituto Nacional de Investigaciones Geológico Mineras of Colombia (INGEOMINAS), now the El Servicio Geológico Colombiano (SGC), conducted a regional stream geochemical survey.  Between 1978 and 1983, an exploration program was carried out that consisted of geological mapping, surface sampling, ground geophysics (IP, magnetics), 31 diamond drill holes totaling 18,321m, and preliminary metallurgical testwork.  B2Gold subsequently executed diamond drill programs in 2008 and 2012.

Tomichi is located on the southern edge of the Sawatch Range in the Tomichi Mining District, Gunnison County, Southwestern Colorado and consists of 49 unpatented lode mining claims with a total area of 409 hectares located on US Department of Agriculture Forest Service land. Tomichi was initially worked on in the 1950’s by Climax Molybdenum Co. and in the 1980’s by Molycorp Inc. The only drilling that has been carried out since then were five diamond core drill holes in 2012. In total 52 diamond core drill holes were completed comprising 16,612 metres of drilling with significant mineralised intervals commencing near surface.

The newly-developed Big Red project covers 26,000 hectares in northwestern British Colombia, within the Golden Triangle – 70km north of Galore Creek and 80km west of GT Gold’s Saddle discovery. The Golden Triangle is a geological province of prodigious copper and gold mineralisation and host to some of Canada’s most famous mines, including Premier, Red Chris, Snip, Brucejack and Eskay Creek. This is the first time that the entire project has been consolidated under one operator.