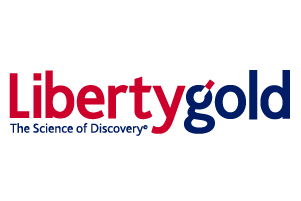 Liberty Gold is focused on exploring the Great Basin of the United States, home to large-scale gold projects that are ideal for open-pit mining. This region is one of the most prolific gold-producing regions in the world and stretches across Nevada and into Idaho and Utah. We know the Great Basin and are driven to discover and advance big gold deposits that can be mined profitably in open-pit scenarios. Our flagship projects are Black Pine in Idaho and Goldstrike in Utah, both past producing open-pit mines, where previous operators only scratched the surface. 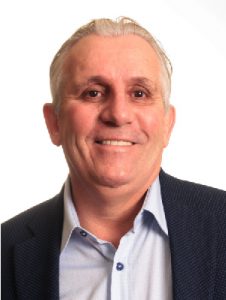 Mr. Everett is a geologist with more than 14 years of surface and underground exploration experience with senior mining companies. He moved to the financial sector in 1990, and spent 12 years with BMO Nesbitt Burns focused on resource equities, and seven years with PI Financial Corp. in senior resource institutional sales and capital markets.From 2008 to 2015, he was President and Chief Executive Officer of Axemen Resource Capital. Mr. Everett holds a Bachelor of Science degree in Economic Geology from the University New Brunswick.

Update, educate and inform shareholders and potential new investors as to the value opportunity with the company.

3 Months:
Testing up to 10 high priority targets at Black Pine

Liberty Gold is a TSX-listed company that’s focused on exploring the Great Basin of the USA, responsible for the majority of all gold produced in the USA and stretches across Nevada and into Idaho and Utah.

Goldstrike is a Carlin-style, sediment-hosted gold property located in southwest Utah, with a stratigraphic and structural setting and gold mineralization similar to other sediment-hosted gold systems. Goldstrike is host to a past-producing mine with an extensive exploration database, a large number of shallow drill-holes with unmined oxide gold intercepts, and numerous untested gold targets. Goldstrike was an oxide, heap-leach mine from 1988 to 1994, producing ~209,000 ounces of gold and ~197,000 ounces silver from 8 million tonnes of ore at an average grade of 1.2 g/t gold.

The company also during 2018 released a PEA that generates an after-tax Net Present Value at a 5% discount rate and Internal Rate of Return of $129.5 million and 29.4%, respectively, with a 2.3-year payback of initial capital. It provides a strong, base-case economic scenario upon which to expand the scope and scale of the project with ongoing drilling. The PEA mined 915,516 ounces and produced 713,000 recoverable ounces over a 7.5-year mine life. The PEA confirms the potential for a low capital intensity, low operating cost, open-pit, run-of-mine, heap-leach operation, with highly attractive economics.

Black Pine is a Carlin-style, sediment-hosted gold property located in southern Idaho. It is host to a past-producing heap leach gold mine that operated from 1991 through 1998, producing approximately 435,000 ounces of gold at a historical grade of 0.7 grams per tonne from seven shallow pits.

Kinsley Mountain is a Carlin-style, sediment-hosted gold property located south of Newmont Mining’s Long Canyon deposit, with a stratigraphic and structural setting and gold mineralization similar to other sediment-hosted gold systems in the underexplored area east of the Carlin Trend in northeast Nevada.