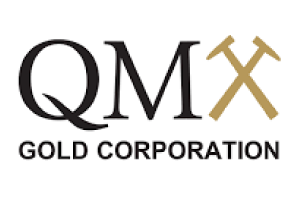 QMX Gold Corp. is a Quebec focused exploration company with an extensive and underexplored land package on the Abitibi Greenstone Belt with a strong balance sheet, enviable exploration pipeline and strong corporate sponsorship.

QMX Gold is a TSX-V-listed exploration company, with an extensive and underexplored land package on the Abitibi Greenstone Belt, located within the highly-prolific Val d’Or Mining Camp in Quebec.

Building on a broad exploration database, QMX is applying new geological models and systematically exploring new targets. In addition to controlling one of the most expansive land packages in the region, QMX also owns the permitted Aurbel milling facility.

In terms of recent exploration activity, during April 2020 the company released additional assay results from the infill drilling program at the Bonnefond deposit. The Bonnefond deposit is located in the Val d’Or East Zone of QMX’s extensive land package in Val d’Or, Quebec.

The results are part of the infill drilling program on the Bonnefond tonalitic intrusive and on shear zones located to the south of the tonalite. One of the four holes reported was an extension of an earlier drill hole, DDH 17315-19-074.

The results have impressed, with excellent grade over several metres and the company will continue to enlarge the area of the Bonnefond resource and subsequently the ounces within the resource. The company aim to target the auriferous shears and contacts has been highly successful as a result of its advanced understanding of the structural nature of the mineralization processes.

QMX increased its drilling activities in late February, which allowed it to complete the planned 14,400m winter infill drilling program on the Bonnefond deposit. QMX has prepared an additional 6,000m exploration program to the east and west of Bonnefond, which it will initiate once it is safe to restart fieldwork in the area.