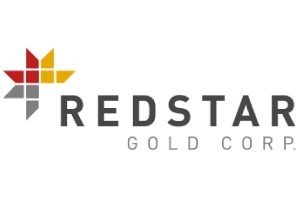 Redstar Gold is a high grade gold exploration company focussed on North America. Redstar’s lead asset in the Unga Project is located the Temperate Aleutian Islands with year round tidewater and commercial flight access. The project is host to 38 distinct prospects which include SH-1 with a maiden resource of 400,000 oz of Au @14 g/t. Additionally, the project hosts Alaska’s 1st hard rock gold mine that produced for 35 years. 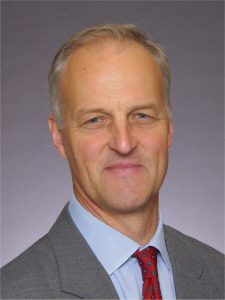 Redstar is a compelling investment opportunity that needs to broaden its shareholder base.

1. Complete and exploration program on SH-1 to take it to the next level and convert some inferred resources to M&I.

2. Convert historic resource at Centennial to 43-101 compliant resource which would 100K to 200K oz of gold

Bring a major into partnership on parts of Unga.

Update and upgrade the SH-1.

Commitment to growth with limited dilution to shareholders.

Redstar Gold is a TSX-V-listed high-grade gold exploration company, focused on North America. The company is focused on advancing the district-scale, high-grade gold project on Unga and neighbouring Popof Island in the Aleutian Arc. The company is engaged in the process of defining measured, indicated and inferred resources in four project areas, with the aim of defining a combined, economic resource ready for mine development.

The majority of known mineralization is free gold contained within two, epithermal, intermediate sulfidation trends that extend for 9km each on Unga, and in a flat-lying tuff bed on Popof. The moderate climate allows for year-round exploration and there are a further +30, less-explored prospects at surface, including porphyry gold targets in the north of Unga Island. Additionally, the project hosts Alaska’s 1st hard rock gold mine that produced for 35 years.

Redstar in early 2020 has completed geophysical and geochemical studies over several areas of anomalous mineralization on Unga and Popof, in order to determine the on-strike extent of known structures that have potential for new high-grade gold zones. This focuses on the results of an exploration program around the historic Sitka mine.

These fieldwork results have revealed a 640m-long, brownfields drill target just to the east of what was a high-grade gold and base metals mine on Unga Island. As such, it represents a 500% increase in the potential strike length of the known Sitka vein which puts it in the same size range as both the original Apollo Mine located one kilometre to the west and the SH-1 Zone 3.7km to the north. Redstar intends to drill this high probability target at Sitka together with a group of other high-priority zones, including the recently announced targets at the Aquila Zone, the historic Centennial Zone and projected on-strike and down-dip extensions at the SH-1 Zone in order to add to the overall gold resource at the Unga Project.