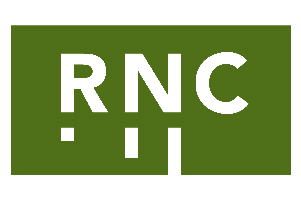 RNC is a multi-asset mineral resource company with a portfolio of nickel, cobalt, and gold production and exploration properties. RNC has a 100% interest in the producing Beta Hunt gold and nickel mine located in Western Australia. RNC has a 28% interest in a nickel joint venture with Waterton that owns the Dumont Nickel-Cobalt Project located in the Abitibi region of Quebec which contains the second largest nickel reserve and eighth largest cobalt reserve (the largest undeveloped nickel reserve and second largest undeveloped cobalt reserve in the world. RNC’s common shares trade on the TSX under the symbol RNX. RNC shares also trade on the OTCQX market under the symbol RNKLF.

Paul Andre Huet, Executive Chairman
– Over 30 years mining industry experience with a proven track record of building shareholder value
– Former President, CEO and Director of Klondex Mines from 2012 to 2018
– Serves on the inaugural Board of Havilah Mining Corporation and has served on several non-profit and publicly traded company boards.

RNC is looking to raise investor with respect to a significant gold discovery at its Beta Hunt Mine in Western Australia. RNC also owns a 28% in the joint venture that owns one of the largest undeveloped nickel-cobalt projects in the world, the Dumont Project, located in Canada.

RNC Minerals recently announced a new high-grade gold discovery at its Beta Hunt Mine. Approximately 9,250 ounces of high grade gold was produced from a 44 m3 cut (130 tonnes) on 15 level at the Beta Hunt Mine (equal to over 70 ounces/tonne or 2,200 grams/tonne). The high grade gold (coarse gold and large gold-containing specimen stones) includes approximately 190 kg of specimen stone, the largest of which is 95 kg with an estimated gold content of 2,440 ounces and a second large specimen stone of 63kg with an estimated gold content of 1,620 ounces. We believe this discovery is a “game changer” for Beta Hunt.

We are trading at probably at a massive discount to project values.