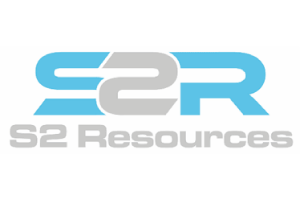 S2 Resources’ objective is to provide superior investment returns through the discovery and development of high value mineral resources, as a result of exploration and the identification of early stage assets with high growth potential. S2 Resources is focused on mainstream commodities such as gold and base metals in politically stable jurisdictions such as Australia, Europe and North America.

S2 Resources is well positioned to achieve its objectives, having a strong balance sheet, a portfolio of exploration ground which the S2 Board considers to be highly prospective, a pipeline of opportunities, a highly successful team of explorers, and a breadth of corporate experience. 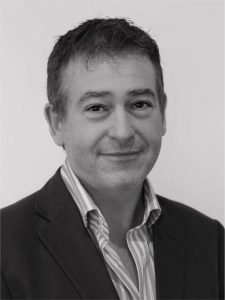 Mark is a two times winner of the AMEC “Prospector Award” for his discoveries which include the Thunderbox Gold Mine, the Waterloo nickel mine and most recently the world class Nova-Bollinger nickel-copper mine.

S2 Resources is an ASX-listed company that aims to provide superior investment returns through the discovery and development of high-value mineral resources, based on exploration and the identification of early-stage assets with high-growth potential. S2 Resources is focused on mainstream commodities such as gold and base metals in politically stable jurisdictions such as Australia and Europe.

During early 2020, the company identified a new gold mineralised trend in base of till (BOT) drilling to the east of its 100%-owned Aarnivalkea gold prospect in northern Finland. This work identified a 1.2km long north-south striking zone of strong gold, arsenic, antimony and copper anomalism, associated with quartz-arsenopyrite veined and strongly-sheared and sericite-silica-carbonate-sulphide altered greenstones. Numerous samples grade greater than 0.5 g/t gold, with a peak value of 4.3 g/t gold, and these have associated anomalous arsenic, antinomy and copper pathfinder elements.

It is likely that the southern extension of this corridor has been terminated by a late fault and displaced 1.5km to the northeast, where another line of reconnaissance BOT drilling has intersected gossanous quartz assaying 10.7g/t gold together with a similar suite of pathfinder elements.

S2 also holds the nickel rights over an area of 510 sq km to the southeast of the Widgiemooltha and Kambalda nickel sulphide trends in Western Australia. S2 retained these rights when it sold the Polar Bear project (comprising the Polar Bear and Norcott projects and the Eundynie Joint Venture) to Higginsville Gold Operations (now owned by RNC). The nickel rights include the Halls Knoll, Taipan and Gwardar nickel prospects. Two diamond holes drilled to test the down-plunge continuity of nickel mineralisation the Gwardar prospect succeeded in extending the mineralised lava channel a further 100 metres down-plunge.