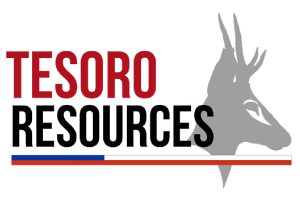 Tesoro is managed by experienced mining professionals with strong geological and finance backgrounds as well as significant in-country expertise. Tesoro executed earn-in agreements over the El Zorro and Espina gold projects during 2017 from local Chilean vendors and is currently undertaking exploration programs at each of the assets.

The El Zorro Gold Project is Tesoro’s main focus and covers over 10,000 hectares and  is located in northern Chile. The project site is well supported by established infrastructure and is only 50 minutes by road from the port of Caldera and approximately 15km inland from the Pan American Highway. Tesoro has rights to acquire up 80% of the project by completion of a feasibility study by 2022.

Historical mining by artisanal workers at El Zorro is limited and has largely concentrated on early-stage quartz veins in and around the Coquetas, or mineralised diorite. Since becoming involved in the project in mid-2017, Tesoro has carried out a number of exploration programs, including drilling that has reported some promising results with a number of holes reporting over 100 g/m gold intercepts.

The company’s Espina Project, located 50km south west of Santiago, lies on the eastern margin of the coastal Cordillera of central Chile within the coastal range Cretaceous magmatic belt. The district-scale project lies within a historic gold and copper mining region that hosts numerous world-class deposits and is prospective for gold, copper and silver. Tesoro plans to continue exploration at Espina with the aim of delineating future drill targets.