Vancouver-based Trilogy Metals Corp Inc. is an emerging copper developer that is advancing its Upper Kobuk Mineral Projects which are in northwest Alaska.
Our two flagship assets are our Arctic Copper-Zinc-Lead-Gold-Silver project which hosts Reserves of approximately 4.4 billion pounds (2 million tonnes) of copper equivalent. We estimate that 60% of our revenues will come from copper production.

Currently, we have a treasury of approximately US$36 million and a market capitalization of US$220 million. 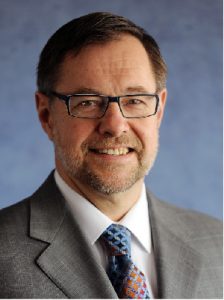 Jim is currently interim President and Chief Executive Officer of Trilogy Metals. He was previously the president, CEO and a director of Arizona Mining Inc. from January 2016 until it was purchased by South32 Limited in August 2018.He was senior advisor to the chair of the board of Barrick Gold Corporation from August to December 2015, co-president from July 2014 to August 2015 and executive vice-president and COO from January to July 2014. He served as managing director of the Debswana Diamond Company in Botswana from 2011 to 2014.He has extensive experience as a senior executive in the mining industry, including holding executive positions at DeBeers SA, DeBeers Canada Inc. and PT Inco in Indonesia, and with Placer Dome Ltd. Mr. Gowans is the past chair of the Mining Association of Canada. Mr. Gowans also has experience in Alaska, having worked for Cominco Limited where he oversaw the completion of a feasibility study and the subsequent design and construction of the Red Dog Mine. Mr. Gowans then operated the Red Dog Mine for three years following its commissioning. He holds a bachelor of applied science degree in mineral engineering from the University of British Columbia and attended the Banff School of Advanced Management. He has extensive mining knowledge and perspective on the importance of corporate social responsibility and brings human resources experience as a former vice-president, human resources at Placer Dome.

Broaden our shareholder base.

Completion of US$18.2 million summer program at the UKMP

Completion of permitting for the AMDIAP – Ambler road