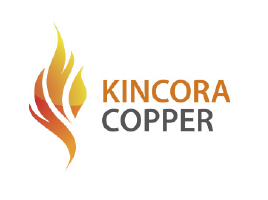 Kincora Copper is an active explorer and project generator focused on world-class gold rich copper discoveries in Australia’s foremost porphyry belt (the Macquarie Arc, in NSW). The Company is drilling two advanced exploration stage projects with hallmarks to neighboring mines that host to a combined total of over 20Moz gold and over 5Mt copper.
Kincora has assembled an industry leading technical team who have made multiple world-class copper-gold discoveries, who have “skin in the game” equity ownership and who are backed by a strong institutional shareholder base. Our exploration model applies a robust systematic approach utilising modern exploration techniques supporting high-impact, value add programs underpinned by targets with strong indications for world-class scale potential.

Cameron McRae was appointed Chairman of the Board in August 2018. Since leaving Rio Tinto in late 2013 Cameron has been an Advisor to Kincora, providing a significant contribution to stakeholder relations, strategic direction and operations.

Mr. McRae is a seasoned director, CEO and mining executive, having led the full development cycle in four countries and across three continents.

Cameron served a 28-year career with Rio Tinto, and in Mongolia was President of Oyu Tolgoi LLC and Rio Tinto’s country director (2010-13). In that role he led the construction and start-up of the then US$6 billion Oyu Tolgoi copper-gold mine, located in the Southern Gobi, ahead of schedule, which at peak of construction had over 15,000 people employed on site. Mr. McRae was responsible for all aspects of the project including safety, strategy, operations, growth initiatives and chair of the technical committee.

Mr. McRae has led successful greenfield and brownfield construction projects, overarching business transformations and business improvement projects. At the corporate level, he has deep commercial/M&A experience and sat on a number of exploration and technical committees, including Oyu Tolgoi. Prior to Oyu Tolgoi, Cameron was CEO of Richards Bay Minerals in South Africa, Managing Director of Murowa Diamonds in Zimbabwe and Project Director for the Hail Creek Coking Coal Expansion project in Australia. Prior to 2004, Cameron held commercial and project leadership roles, both at Corporate and Business Unit level. In 1995, he was a key team member responsible for the A$29 billion merger of CRA and RTZ into the dual listed Rio Tinto (which was the world’s largest merger at the time).

Cameron was schooled in Australia and Africa and holds a commercial degree and an MBA (Monash University), and recently moved to NSW.

Sam has been the President and CEO of Kincora Copper, as a TSX-V listed entity, since April 2013 having joined the Company in September 2012. During his time at Kincora, Sam has successfully led four corporate transactions including the pivot from a Mongolian to Australian asset portfolio and exploration strategy, built an industry-leading technical team and board, attracted a strong shareholder register and lead the dual listing onto the ASX.

Sam is Vice Chair of the Business Council of Mongolia’s (BCM) Resources and Environment Working Group, and a member of the International Advisory Panel (IAP) to the Minister of Mining and Heavy Industry of Mongolia. He was nominated for “Chief Executive of the Year – Exploration” award at Mines & Money London (December 2017).

Prior to Kincora, Sam was recognised as one of the leading European Metals and Mining research analysts, having won the Association of Mining Analysts (UK) Equity Mining Analyst of the Year, with multi-disciplinary financial service sector experience, including with the Goldman Sachs Group and Ocean Equities Ltd.

Sam is a CFA Charterholder and a Chartered Accountant (ICAA) and earned his Bachelor of Commerce degree at the University of Melbourne.

At 121 Mining we are looking to engage with new and existing investors to provide an update on recent positive progress and drill results at our advanced exploration stage projects at Trundle and Fairholme, and progress advancing our project pipeline, including the proposed divestment of our Mongolian portfolio.

Key risks for Kincora include: geological risk (confirmation or otherwise of our more advanced geological models) and, as an exploration company there is always funding risk (albeit currently well funded into 2022). The health/safety, ability to operate and capital markets implications of COVID-19 is an emerging situation we are closely and proactively monitoring.

Kincora’s ongoing drilling, balance sheet position and valuation provides significant leverage to exploration success, lead by a team who has a track record of world-class copper-gold discoveries, including in our immediate region.