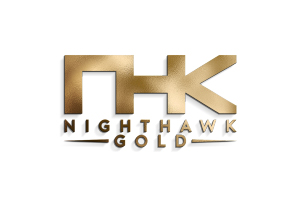 Nighthawk Gold (C$36M marketcap; US$0.80/oz EV to Total Resources) is a well-funded gold explorer/developer (C$29.5M working capital on June 30) with a 2022 MRE of 4.0Moz @ 1.61 g/t Au (Open-Pit (OP) resources 2.7 Moz @ 1.53 g/t Au) in NWT, Canada. There is potential for a large-scale, OP gold operation at our properties. 2022 drilling intersected high-grade intercepts outside of the resource pit-shells suggesting growth of OP mineralization. Updated MRE in 2-3 months and a new PEA after. The new management team has extensive mine building and operations experience, led by Keyvan Salehi P.Eng. (+20 years of mining experience, previously with Mountain Province Diamonds, Kirkland Lake Gold). Nighthawk also benefits from a strong institutional shareholder base and strategic insiders. Let us know if you would like to hear more about the “New” Nighthawk story.

Keyvan Salehi. P.Eng. – President & CEO
Mr. Salehi has over 20 years of industry experience having held various senior roles in operations, projects, and corporate development. Prior to joining Nighthawk, Mr. Salehi served as the Vice President of Corporate Development and Technical Services with Mountain Province Diamonds, where he was responsible for providing operational and technical oversight for the Mountain Province’s jointly owned 12,000 tonnes per day diamond mine in the Northwest Territories (introducing mine optimization initiatives to increase production and reduce costs). Mr. Salehi previously served as VP of Corporate Development and Technical Services for Kirkland Lake Gold (2016-2017), where he led the Company’s due diligence team behind the $2.4B merger with Newmarket Gold. He held the same position at St. Andrew Goldfields (2013-2016), where he spearheaded the Company’s sale process culminating in the sale to Kirkland Lake Gold in 2016.
Allan Candelario, CFA – VP, Investor Relations
Mr. Candelario is an accomplished and impactful investor relations, capital markets and finance professional, bringing over 15 years of progressive experience. Most recently, Mr. Candelario was the Vice President, Investor Relations at Battle North Gold Corp., a Canadian gold developer with assets in the Red Lake Gold Camp in Northern Ontario. Allan was an integral member of the executive team that completed Battle North’s successful turnaround and the sale of the company to Evolution Mining Ltd. in 2021, delivering significant value to Battle North’s shareholders. Prior to Battle North, Mr. Candelario managed the top-ranked investor relations program at Alamos Gold Inc. and worked in equity research for Canadian bank-owned and independent broker dealers. Allan holds a Bachelor of Business Administration from the Schulich School of Business (York University) in Canada and is a CFA® charterholder (CFA Institute).

We want to create awareness of the significant progress we have made in advancing the Colomac Main and Satellite Deposits towards a potentially robust, large-scale, open-pit gold mining operation. We want to diversify our institutional shareholder base.

March 8, 2022: Nighthawk Gold Reports Substantial Expansion of 121% in the Indicated Category and 1,400% in the Inferred Category in Pit-Constrained Mineral Resource Ounces; Re-Envisioning the District as a Potential Large-Scale Open-Pit Project

6 Months :
Deliver a maiden PEA on the Colomac Gold Project

Continue to drill and advance the Colomac Gold Project

As an exploration company we perpetually need to raise capital to carry out our goals and objectives, however, with supportive shareholders and strategic partners, the Company feels financing risk is low considering our strong cash balance. With an aggressive drill program planned, any disruption to operations due to changing Covid conditions, inflation, the war in Ukraine, could impact these plans, but the Company believes it has flexibility to work around any impact.

Nighthawk offers investors a unique opportunity to own a consolidated district-scale land position with the potential to advance towards a robust, large-scale, open-pit gold mining operation in a safe mining jurisdiction.

1. Trading at roughly US$0.80/total resource ounce. Probably one of the cheapest gold development stories (4.0Moz of gold) in a safe jurisdiction
2. New, young management team has significant experience in mine building and advancing development stage projects
3. Strong support from institutional shareholder base