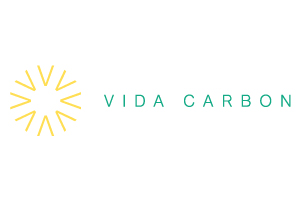 Stage of development: Not applicable

Vida Carbon is a leading investment company focused on supporting reliable, accountable, and sustainable carbon offset projects globally. Vida Carbon is building a diversified portfolio of projects generating carbon credits in both the voluntary and compliance carbon credit markets globally.
The Company’s mission is to build long-term, mutually beneficial relationships with carbon operators and developers in exchange for exposure to future revenues generated through the production of carbon credits. All projects supported by Vida Carbon bring economic and social benefits to the regions in which they operate.

Jamie has nearly two decades of experience in the natural resource sector and has been involved in founding, incubating and financing numerous companies.

Jamie holds a Master of Engineering with a focus on sustainable development & carbon capture for the mining industry from Exeter University and a Bachelor’s of Science in Mineral Engineering from the University of Toronto.

Veljko is also a Partner at Inventa Capital, a private natural resources venture builder and investment company.  Prior to co-founding Vida, Veljko was responsible for the incubation of several companies in the natural resources and energy spaces.

Veljko has over a decade of experience in finance and natural resources. Prior to joining Inventa, he was part of the Investment team of a natural resources focused private equity fund. He’s been involved in the origination, structuring, execution, and integration of dozens of investments globally.

Veljko holds an MBA with the highest academic honours from HEC Paris and a Bachelor of Commerce with honours from the University of British Columbia.

Felicia is an accounting and finance professional with over a decade of experience, primarily in the natural resource space. Prior to joining Vida, she was Director, Corporate Controller at Equinox Gold Corp. where she saw the company grow from a single asset developer to multi-asset producing gold mining company during her 5-year tenure.

Felicia is a Chartered Professional Accountant and previously articled with KPMG LLP in Vancouver. She holds a Bachelor of Commerce with honours from the University of British Columbia.

3 Months:
To be a listed entity and completed financing