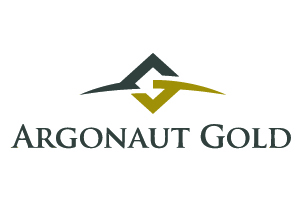 Argonaut Gold is a Canadian gold company engaged in exploration, mine development and production. Its primary assets are the El Castillo mine and San Agustin mine, which together form the El Castillo Complex in Durango, Mexico and the La Colorada mine in Sonora, Mexico. Advanced exploration projects include the Cerro del Gallo project in Guanajuato, Mexico and the Magino project in Ontario, Canada. The Company continues to hold the San Antonio advanced exploration project in Baja California Sur, Mexico and several exploration stage projects, all of which are located in North America. 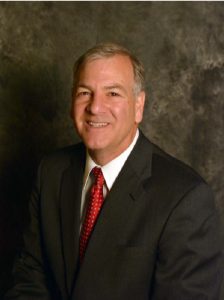 Mr. Dougherty is the President and Chief Executive Officer of Argonaut Gold Inc. He served as the Vice President of Finance and Chief Financial Officer of Meridian Gold Inc. (“Meridian”) from 2002 to 2007. Mr. Dougherty has also served as: Chief Accounting Officer and Corporate Controller of Meridian from 1997 to 2002; IBS Financial Manager of FMC Chemicals Group from 1994 to 1997; Group Financial Analyst of FMC Chemicals Group from 1993 to 1994 and the Controller of Paradise Peak Mine, FMC Gold from 1990 to 1993. Mr. Dougherty hold a B.S. in Accounting from Southern Oregon State College and an M.B.A. from Drexel University.

Marketing the company post a merger with Alio Gold Inc. that is scheduled to close early June.

What is the focus of your management team for the next 12 months, and what are the key milestones you are looking to reach that you think will add value to the business?

Add $50 million to the balance sheet and be in a position to move a development asset towards a construction decision.

Mining operations shut down due to COVID-19. This will be overcome through our strong balance sheet and the fact that we run heap leach mines, which means we are still producing and selling metal.

Argonaut Gold is a TSX-listed gold company engaged in exploration, mine development and production activities.

Advanced exploration stage projects include the San Antonio project in Baja California Sur, Mexico, the Cerro del Gallo project in Guanajuato, Mexico and the Magino project in Ontario, Canada. The company also has several exploration-stage projects, all of which are located in North America.

Argonaut recently announce its operating and financial results for the first quarter ended March 31, 2020. It reported quarterly production of 41,536 gold equivalent ounces, a quarterly net cash increase of US$6.0 million, cash flow from operating activities before changes in operating working capital of US$14.8 million, a net loss of US$9.5 million or loss per share of US$0.05, and adjusted net income of US$8.4 million or adjusted earnings per share of US$0.05.

During March 2020, Argonaut and Alio Gold announced an at-market merger, whereby Argonaut will acquire all of the issued and outstanding shares of Alio on the basis of 0.67 of an Argonaut common share per each Alio common share. Combining complementary assets into one larger, more relevant company generates significant synergies. The merged group would boast a production base of over 235,000 gold-equivalent ounces this year, a strong balance sheet and strong cash flow generation at current gold prices.