Aurion Resources Ltd. (Aurion), is a Canadian exploration company listed on the TSX Venture Exchange (TSX-V:AU). Aurion’s strategy is to generate or acquire early stage precious metals exploration opportunities and advance them through direct exploration by our experienced team or by business partnerships and joint venture arrangements. Aurion’s current focus is exploring on its Flagship Risti and Launi projects, as well as advancing joint venture arrangements with Kinross Gold Corp., B2 Gold Corp., and Strategic Resources Inc. in Finland. 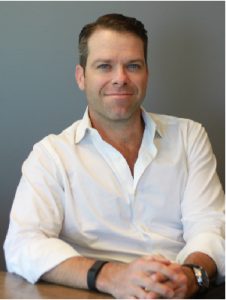 Mr. Santarossa brings over 15 years of resource capital markets and investment banking experience. Most recently Mr. Santarossa was a Director at Origin Merchant Partners, Canada’s largest independent Mergers and Acquisitions advisory firm based in Toronto. He has worked at both bank-owned and independent Canadian investment dealers and has devoted much of his career to the resource sector. Mr. Santarossa has an extensive list of institutional buy-side and corporate relationships. Mark holds the Chartered Professional Accountant (CPA, CA) designation as well as an MBA from the Schulich School of Business.

Connecting with potential new shareholders and updating existing ones.

Exploration results from our Aamurusko target on our Risti property

6 Months:
Drilling on Risti and Launi

Time and money – We’re fully financed through to 2021, but as an explorer always need capital. We manage that by being very thoughtful and strategic in our capital raising efforts in order to not excessively dilute existing shareholders

We have a very large, prospective land package, that we have proven has gold already in one of teh most desirable jurisdictions int he world. We believe we’re sitting on the Timmins gold camp, but without 100 years of exploration on it.

Aurion Resources is a TSX-V-listed exploration company, with a strategy of generating or acquire early-stage precious metals exploration opportunities and advancing them through direct exploration by its experienced team, or by business partnerships and joint venture arrangements. Aurion’s current focus is exploring on its Flagship Risti and Launi projects, as well as advancing joint venture arrangements with Kinross Gold Corp, B2 Gold Corp and Strategic Resources Inc in Finland.

Finland opened its border to foreign mining investment in the mid-1990s. Prior to this, all exploration and mining activities were conducted by state entities. The country is pro-business and provides extensive public domain mineral exploration data on websites and web-based maps.

Finland consistently ranks within the top-10 most attractive jurisdictions for mining investment in the world, according to the Fraser Institute’s annual survey of mining companies. With its abundant mineral potential, transparent regulatory guidelines, favourable regime, and well-educated labour market, Finland is an ideal jurisdiction to operate.

Aurion Resources began operating in Finland in early 2014 and currently holds mineral tenements that cover approximately 122 000 hectares of the Central Lapland Greenstone Belt (CLGB) of the Fennoscandian Shield. The CLGB is considered to be underexplored despite hosting world-class gold, magmatic Ni-Cu-PGE deposits and numerous other metal prospects.

Aurion’s premier assets are its wholly-owned Risti and Launi Projects, cover some 30 626 ha of the CLGB along the Sirkka Shear Zone, a major (> 125 km long) tectono-stratigraphic boundary, hosting many gold prospects and occurrences. Aurion’s tenements span an approximate 80km stretch of the125 km Sirkka Shear Zone.

Aurion has made multiple gold discoveries at its Risti Project since 2015 that have been subject to mapping, geophysics, trenching and core drilling. Recently, Aurion announced the discovery of multiple new, gold-bearing zones at Launi East Project within a 5.5km long corridor parallel to the Sirkka Shear Zone.