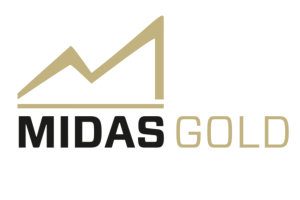 Midas Gold owns the world class Stibnite Gold Project, located in a historic mining district in central Idaho. In 2014, an independent PFS demonstrated potential for a large-scale, long-life, low-cost open pit gold mine that stands out from its peers.

The Company filed its Plan of Restoration and Operations in September 2016 which launched the formal permitting process for mine development. Well funded and with a multi-million ounce high-grade open-pit gold reserve, important antimony credits and significant room for further growth, the Stibnite Gold Project is one of North America’s premier development stories. 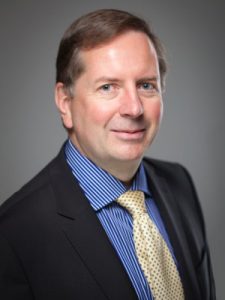 Since consolidating the Stibnite Gold Project and listing Midas Gold on the TSX in 2011, Stephen Quin has led Midas Gold through resource definition, completion of a PEA and PFS through to the submittal of the Plan of Restoration and Operations for the Project. Prior to Midas, he was President & COO of Capstone, which operates copper mines in Yukon and Mexico. Stephen co-founded Sherwood Copper in 2005 and took the Minto Mine from acquisition, through financing and into production in two years. Prior to that, Stephen was EVP at Miramar Mining. He is a graduate of the Royal School of Mines (BSc Hons in Mining Geology), a P.Geo, and a recipient of the EA Scholz medal for excellence in mine development and Selwyn Blaylock medal for the advancement of national and international exploration.

Midas Gold is continually seeking exposure to new investors who are interested in a high quality development project that is located in a safe, mining friendly and pro-business jurisdiction.

– Final Record of Decision for mine development anticipated in Q4 2020

While permitting a project in the U.S. takes time, it is a well defined process. Midas Gold has entered into an agreement with Federal, State and local regulators known as the Stibnite Joint Review Process whereby regulators at all levels work together under one streamlined process. With Federal, State and local community support, Midas Gold continues towards achieving a final Record of Decision for mine development from the regulators by Q4 2020.

If Midas Gold’s Stibnite Gold Project were in production today it would be between the 4th and 6th largest gold mine in the U.S. (years 1-4 and LOM, respectively) with the 4th highest grade. The Stibnite Gold Project is one of the very few development stage projects out there that has not only the key elements of size and grade but that is also located in a mining friendly and politically stable jurisdiction.