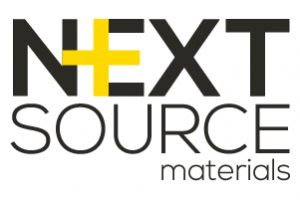 NextSource Materials Inc. is a TSX-listed, mine development company based in Toronto, Canada that is in the development phase of its 100%-owned Molo Graphite Project in Madagascar. The Molo is a feasibility-stage and fully-permitted project, and ranks as one of the largest-known and highest quality flake graphite deposits in the world and the only project with SuperFlake® graphite. NextSource has secured offtake sales agreements for 100% of its planned production with Tier 1 companies. In addition, NextSource plans to develop its 100%-owned NI 43-101 compliant Green Giant Vanadium Project, located just 7 miles from its graphite project. NextSource’s vanadium project is a rarely occurring sedimentary-hosted deposit that also ranks as one of the largest-known and highest in-situ grade vanadium resources in the world at 0.7% V2O5. 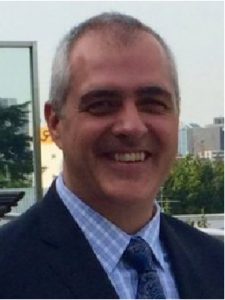 Mr. Scherba was appointed President and Chief Operating Officer in September 2012 and has been a director since January 2010. Previously, Mr. Scherba served as Vice President, Exploration of the Company since January 2010. Prior to joining the Company, Mr. Scherba was a managing partner for six years with Taiga Consultants Ltd., a mining consulting company. Mr. Scherba has been a professional geologist (P. Geo.) since 2000 and was an integral member of the exploration team that developed Nevsun Resources’ high grade gold, copper and zinc Bisha project in Eritrea. Mr. Scherba served as the Company’s Country and Exploration Manager in Madagascar during its initial exploration stage, discovering both the Molo Graphite and the Green Giant Vanadium deposits. 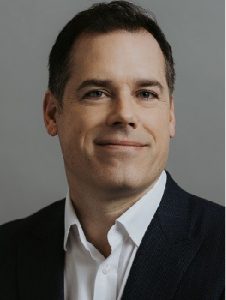 Mr. Nykoliation joined the senior management team at NextSource Materials as Vice President, Corporate Development in 2007 and oversees all fundraising and communication initiatives with analysts and investors for the Company. He brings over 20 years of management experience, having held senior marketing and strategic development positions with several Fortune 500 corporations in Canada, notably Nestlé, Home Depot and Whirlpool.
Mr. Nykoliation holds a Bachelor of Commerce with Honours degree from Queen’s University and also serves as a director of Red Pine Exploration Inc., (TSX.V:RPX) a publicly listed gold resource exploration company headquartered in Toronto, Canada.

NextSource is now at the stage of raising the all-in mine capital of just US$25M to reach full production of its Phase 1 mine plan of 17,000 tonnes per annum. Using a full modular build design, commissioning can be reached in just 9 months time from funding. Company is targeting production in Q4 2020 with 100% of its planned Phase 1 and Phase 2 production already spoken for.

Phase 2 Expansion of 28,000 additional tpa to reach a total annual production of 45,000 tpa, which will allow NextSource to meet demand for its graphite by established offtakers.

Graphite is one of the four critical battery materials used in lithium-ion batteries but the one that is most overlooked. Unlike the other battery materials, the majority of global graphite consumption is still tied to the steel industry, which makes the demand projections for graphite in EV applications truly exciting. Since the graphite space is an opaque industry, there is a high degree of misinformation and hyperbole being propagated by other junior graphite projects that have not done the required homework on the industry, the applications and the real time/effort required to properly qualify one’s graphite with end-customers. NextSource considers itself a true expert in this regard.

We tick all the boxes. Full Feasibility-stage project with excellent projected economics. Mining & Environmental permits in place. Offtakes in place for 100% of planned production with major Tier 1 graphite traders. Lowest CAPEX of any competing graphite project globally (US$25M) with only 9-month build time. Lowest quartile OPEX and competitive with Chinese pricing. Our graphite has been completely de-risked, having been fully validated and approved for all top demand applications by leading graphite end-users. NextSource’s competitive advantage is its full-modular build design, allowing for an extremely low CAPEX, competitive OPEX and short build time relative to its peers.