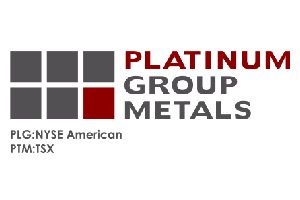 Platinum Group is developing the Waterberg PGM project in joint venture with Impala Platinum, the third largest PGM producer globally. Impala has a development option to take control of the project by making a $165M investment and begin development.

R. Michael Jones brings over 25 years of experience as a professional geological engineer and has been involved with the raising of over $1 billion for exploration, mining development and production. Mr. Jones was a co-founder and director of West Timmins Mining that was purchased by producing company Lake Shore Gold Corp. in 2009 and was a co-founder and former director until 2012 of MAG Silver Corp.

A definitive feasibility study was recently completed for the Waterberg Project.

Impala option to take control and fund initial development of the Waterberg Project with a $165M investment.

Funding for project development will require significant capital. The involvement of a major PGM producer brings operational and financial support.

Palladium is in a structural deficit with no new major mine developments planned in the short to medium term.