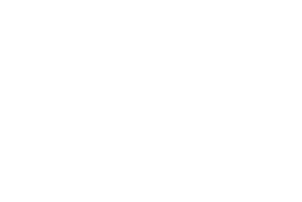 Sierra Madre Gold & Silver (TSX.V: SM) is a mineral exploration company, currently focused on the exploration and development of its Tepic and La Tigra properties in Nayarit, Mexico. The company has an experienced management team with a proven track record of wealth creation in Mexico through project discovery, advancement, and monetization. Management has played key roles for managing exploration and development of more than 22Moz gold and 600Moz silver in combined reserves and resources. Sierra Madre’s team of professionals has collectively raised over 1 Billion CAD for mining companies. Sierra Madre’s key objective is to become a junior mid-tier producer by way of the hub-and-spoke model for production of precious or base metals in the region.
Cash: CAD$11M
Debt: NIL

Alex Langer – CEO, President & Director
Mr. Langer is a successful public markets specialist with over 15 years of experience.
He started his career as an Investment Advisor with Canaccord Genuity, where he helped fund over 100 private and publicly listed companies including the IPOs for Endeavour Silver, Fortuna Silver, and Great Panther.
Most recently he was Co-Founder and Vice President of Prime Mining (TSXV) and Millennial Lithium (TSXV) where he handled Capital Markets for both companies. He is a founding Director of Reyna Silver Corp. (TSXV)
Gregory Liller – Executive Chairman & COO
Mr. Liller has more than 40 years experience in exploration and mine development. Bachelor of Geology from Western State College in 1977.
He has served as an officer or director of public companies listed on TSX Venture Exchange, the TSX main board, and the American Stock Exchange including Prime Mining (TSXV), Genco Resources (TSX), Gammon Gold (TSX, AMEX), Mexgold Resources (TSXV) and, Oracle Mining (TSX).
Over the course of his career he has played a key role in the discovery and development of more than 11Moz Au and 600M oz Ag combined reserves and resources and securing over $300 million dollars in equity financings and $100 million dollars in debt financing.

We have key relationships and vast experience (successful track-records of exploration to production) in Mexico, our projects are located in areas of exceptional modern infrastructure, combined with our capital markets savviness, make us a well-rounded company, positioned for production.