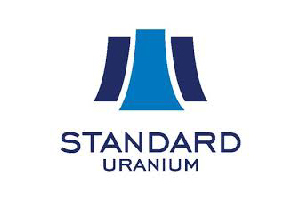 Jon Bey – CEO & Chairman
Mr. Bey is a capital markets executive with over 13 years in the junior exploration industry with experience in uranium, gold, silver, lead, zinc, diamonds and oil and gas. He has public company experience across several sectors and with companies listed on the TSX, TSX-V, CSE, and LSE Exchanges. Mr. Bey is the founder and Managing Director of the Steel Rose Group of companies.
Sean Hillacre -VP Exploration
Mr. Hillacre has 7 years’ experience working as an exploration geologist in the Athabasca Basin uranium district in Saskatchewan working as part of the technical team progressing the Arrow uranium deposit towards production with NexGen Energy. A high-energy, results oriented geoscientist, Mr. Hillacre brings a unique and balanced background integrating academic geoscience with industry experience, along with a comprehensive understanding of project development. Mr. Hillacre received his B.Sc. & M.Sc. degrees in Geology from the University of Saskatchewan.

To meet with current and potential investors.

12 Months:
Expand drill targets on all projects and grow the Standard technical team towards making a high-grade uranium discovery

Our great projects in the Athabasca Basin and our skilled team of individuals with proven success in uranium exploration.

1. Standard Uranium holds some of the most prospective land in the world’s best uranium district (the Athabasca Basin) in a world class mining district (Saskatchewan)
2. Standard Uranium was built with a hand-picked team of skilled and motivated individuals with a wide range of experience and proven track records of success in uranium exploration
3. The uranium market is heating up, and Standard Uranium is well positioned to continue driving our exploration efforts on all projects to unlock shareholder value