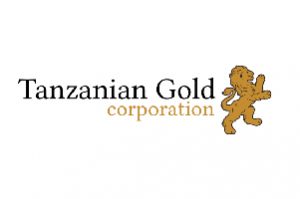 Tanzanian Gold Corporation is building a world class gold mine at the Buckreef Project in Tanzania. An ongoing drill program along the continuously mineralized 1.2km long Buckreef Shear Zone has, to date, more than doubled the size of measured and indicated resources to 2.3M ounces. NI 43-101 compliant exploration targets contain the potential to add another 2M ounces to Measured, Indicated and Inferred categories. TRX is rapidly advancing on three value-creating tracks, simultaneously: Gold production from an oxide processing plant to begin by the end of June; move to Final Feasibility for the sulphide operation and now proposes a design more than 3 times larger than modelled in the Pre-Feasibility of 2018; began Ultra-Deep Drilling and completed a Level 1 stope design to consider an underground component at Buckreef.

Mr. Sinclair, a recognized precious metals expert, began his long business history with Tanzania in 1989. His Company, Sutton Resources of which he was the Chairman, was responsible for the development of the Bulyanhulu Mine, sold to Barrick in 1999 and since become one of the world’s most prominent gold mines.

To increase our profile with quality institutional investors. Exploration and development work done over the past 16 months has been transformational for Tanzanian Gold Corporation, allowing the company to present investors with a special opportunity founded on the best fundamental position the company has ever known.

We would highlight the last three News Releases by the company:
March 17, 2020. The company announced the results of the 2019 drilling campaign which more than doubled the estimated Mineral Resource in the Measured + Indicated categories for the Buckreef Shear Zone to 2.3 million contained ounces of gold.
April 9, 2020. Tanzanian Gold provides additional updates on its Buckreef Project. This included a review of progress toward first gold production from a stand-alone oxide mining and processing operation to begin by the end of June 2020.
April 24 2020. The company announced SGS-Lakefield testing focused on a flow sheet for the design of a much larger sulphide plant than previously modelled in the 2018 Pre-Feasibility Study. The Company believes the plant could produce in the range of 150,000 to 175,000 ounces of gold per year.

To continue forward on three tracks mentioned in the company profile.

Gold production from an oxide processing plant to begin by the end of June. Construction of the first expansion, which will more than triple gold production, is scheduled to start in Q4 and be complete midQ2 2021. After operating at this rate for several years this plant will be further expanded by approximately 60-70%. The timing of the final expansion of the oxide plant is in part due to the expansion of the Buckreef open pit. It is anticipated that the stand-alone oxide plant will operate continuously to the end of the mine life.

To move toward to Final Feasibility, project finance, and construction for the Buckreef open pit mine, and larger sulphide processing plant discussed in our recent release of April 24, 2020.