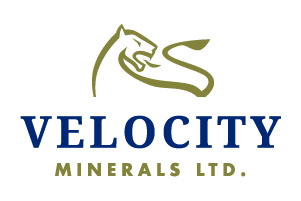 Velocity Minerals Ltd. (TSXV: VLC, OTCQB: VLCJF) is a gold exploration and development company focused on southeastern Bulgaria. Velocity’s strategy is to develop a low cost centralized “Hub & Spoke” operation whereby multiple projects within this emerging gold district produce gold concentrates for trucking to a central processing plant for production of doré. The processing plant has the potential to produce approximately 200,000 ounces of gold per year.

The Rozino project prefeasibility remains on track for late Q2 2020 and exploration drilling has commenced on new nearby targets – any discovery could potentially utilize common infrastructure at Rozino as part of the Company’s “Hub and Spoke” development model. The Obichnik, Makedontsi and Sedefche projects have drill programs to establish resource estimates.

Keith has 25 years’ global experience in the mineral exploration industry throughout Africa, Europe, and North and South America. He was educated in Europe, graduating with B.Sc. (Hons) and M.Sc. in geology. Keith worked with Anglo American Exploration in Europe and North America, and ultimately, he was appointed project manager for Anglo Coal as the company made its first entry into Canada. In 2007, Keith joined Cardero Resource Corp. as Executive Vice-President, where he played a critical role in advancing the Pampa de Pongo through a positive scoping study and ultimate sale for US$100 million cash. He was formerly President & CEO at Dorato Resources and is currently President & CEO at Latin Metals. Keith serves on the board of several public companies.

To develop and maintain relationships with potential investors.

In April 2020 Velocity announced its 2020 gold exploration programs in Bulgaria. The Company is focused on advancing the Rozino project prefeasibility study for late Q2 2020 and has commenced exploration drilling on new nearby drill targets. In addition, exploration work is ongoing at three gold projects held under option agreements: the Obichnik and Sedefche projects, where more than 8,500m of drilling were completed in Q1 2020, and the Makedontsi project, where drilling is planned for later in 2020.

Velocity’s management and board include mining industry professionals with experience spanning Europe, Asia, and the Americas as employees of major mining companies as well as founders and senior executives of junior to mid-tier public companies.

Velocity Minerals is a TSX-V-listed gold exploration and development company, focused on building a multi-asset gold production profile in Bulgaria.

Velocity completed a Preliminary Economic Assessment (PEA) in September 2018 to earn a 70% interest in the Rozino project. The highlights of the PEA include After-tax NPV5% of $129 million and after-tax IRR of 33%, with All-in Sustaining Cost of US$543 per ounce. Steady state annual production is estimated to be 65,000 ounces, with peak annual production of 78,000 ounces. Total estimated capital costs are $97.6 million (including contingency).

Velocity envisions staged open pit mining of satellite deposits and processing in a central CIL plant. An existing, operating processing plant is available through an Exploration and Mining Alliance with an established Bulgarian operating partner. Velocity’s strategy is to build a production profile of more than 100,000 ounces of gold per year for over 10 years.

The company will advance Rozino toward feasibility, whilst additional satellite deposits in the region will be explored and assessed. Rozino is one of a number of near-surface exploration projects located within an Exploration and Mining Alliance with its Bulgarian operating partner.

Velocity has entered into a number of option agreements with Gorubso Kardzhali, an established and respected mining company in Bulgaria. Gorubso operates the underground Chala Gold Mine (2006) and the Kardzhali Carbon In Leach (CIL) plant (2011), which produces gold dore. Gorubso is the first and only company in Bulgaria to permit and build a carbon-in-leach processing plant. Velocity’s management has a long-standing relationship with Gorubso as well as abundant previous experience in Bulgaria and elsewhere in the region. Gorubso will make its central gold processing plant available to all projects to process all future mined material as necessary.