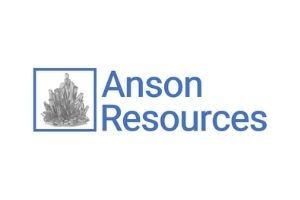 Anson Resources Limited focuses on the exploration, and development of mineral resources in the United States and Western Australia. Its flagship project is the Paradox Lithium Project, a subterranean pressurized brine with 1,800+ placer claims located in the Paradox Basin, Utah.

The Paradox Lithium Project is entering the development stage with the recent announcement of a revised JORC Indicated and Inferred Resource estimate of 788,000 tons or lithium carbonate equivalent (LCE). The Company is focused on the development of this project into production in 2025 and has recently published a Definitive Feasibility Study (DFS).

Mr Richardson has worked in the mining industry for 14 years and in 2010 when Anson Resources Ltd (then Mayan Iron) was listed on the ASX, he was Managing Director of the Company. Over this period Mr Richardson has been involved in several mining project both in Australia and overseas with a focus on iron ore, base metals and other minerals. Mr Richardson identified the Paradox Lithium Project in Utah, USA and has been focused on this opportunity moving to the USA in 2019 to focus on this project. In 2018, Mr Richardson became Executive Chairman/CEO pf Anson Resources. Mr Richardson holds no other Directorships in other listed companies.

Mr. Richardson has spent more than 40 years developing business opportunities in China and is fluent in Mandarin and has lived in Guangzhou, Beijing, Shanghai and Taipei for a total of 15 years. He has raised approximately $200 million of investment from China in private and public companies, including Anson Resources.

Mr. Richardson had 10 years’ experience in the public sector having worked as an Australian Trade Commissioner in the Australian Embassy in Beijing, with responsibility for the mineral resources portfolio, and as Trade Development Director, Australian Commerce & Industry Office Taipei, Taiwan. In 2006/07, Mr Richardson worked for the Western Australian government as Manager China, Department of Industry and Resources developing business and political relationships with China.