Atlantic is focused on growing gold production in Nova Scotia beginning with its MRC phase one open pit gold mine which declared commercial production in March 2018, and its phase two Life of Mine Expansion which will ramp up gold production to + 200,000 ounces per year (by 2023) at industry lowest quartile cash and all-in-sustaining-costs (as stated in the Company’s news releases dated January 16, 2019 and January 29, 2018). 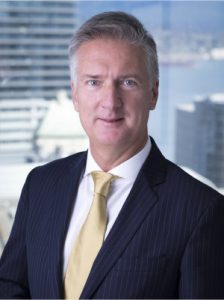 Prior to joining Teck, Mr. Dean was a founding member of management of the Normandy Poseidon Group, (which became Normandy Mining) which was the largest Australian gold producer and a significant producer of base metals and industrial minerals until its acquisition by Newmont Mining in 2002, as well as co-founder of PacMin Mining Corporation which became a subsidiary of Teck Corporation in 1999. 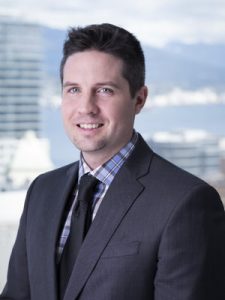 Looking to increase awareness of Atlantic Gold Corporation amongst the Asian investment community and build relationships with new potential investors in the region.

At the Cochrane Hill gold deposit the program will focus on further testing of the robust zone of mineralization which is interpreted to be open at depth and to the east. In addition, improved structural understanding of the Cochrane Hill deposit will be utilized to identify further prospective zones in the area. Follow-up diamond drilling is underway to test the easterly extension of the 149 Gold Deposit. This was the first discovery of the Corridor Regional Program, and an initial program of 6,000m is planned. Encouraging early results from the Seloam Brook, Mill Shaft, and Cameron Flowage traverses in the Corridor Regional Program already warrant additional exploration, including drill testing. Elsewhere in the Corridor results obtained during 2018 are being used to develop a focused exploration program to make further discoveries in this highly prospective ground. Initial geological interpretation of Atlantic Gold’s extensive land package in SW Nova Scotia will be used to develop an exploration strategy tailored to this region that is under-explored for disseminated gold deposits.

Progressing and seeking final approval of the Environmental Impact Statement for Beaver Dam.

The gold mining sector as a whole has faced several challenges over the last few years. Low investor appetite / interest in the gold sector due to volatility in the gold price and poor capital allocation / mismanagement by the gold industry itself over the years. By applying discipline and risk management to the gold business over the last few years we have generated a return on investment capital (ROIC) of 13.6% with an EBITDA margin of 60%, well above the industry and peers. As large shareholders (board and management own +35% of the shares), we are aligned with shareholders, are focused on risk management, execute fast because “time is money” and look to maximizing value for shareholders.

In a sentence,what do you think makes your company such a compelling investment?

There are very few junior gold mining companies in low risk jurisdictions (Canada) with open pit operations mining at the lowest costs in the sector right now and a Phase 2 expansion production profile and mine life (200,000 ozs over 10 years). Trading at an approximate Price to Net Asset Value (P/NAV multiple of 0.60 – 0.70x) there is considerable upside with our “Corridor Regional Exploration Program” along an unexplored +45 km belt. Using the “Aussie model” approach whereby reserves are added to on an ongoing basis funded from cashflow which generates optimal NAV over time (a quality long term producer).