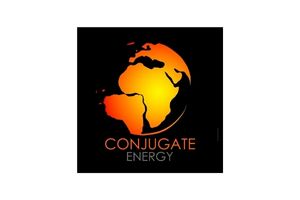 Conjugate Energy is an oil explorer focused on the worlds conjugate margins and largest rift systems. Conjugate’s growing portfolio contains The Kanywataba Block and The Turaco Block located in the underexplored Albertine Graben which forms a part of the East African Rift System.

Nicholas Mather graduated in 1979 from the University of Queensland with a B.Sc. (Hons, Geology). He has 35 years’ experience in exploration and resource company management in a variety of countries and geological settings, exploring for precious and base metals and fossil fuels. Nick has focused his attention on the identification of, and investment in, grass roots early-stage resource exploration projects. He has been instrumental in the generation of projects that have laid the foundation of returns of AUD$5.7billion to shareholders through corporate take overs.

He was Managing Director of Auralia Resources NL, a junior gold explorer, before its USD$23 million merger with Ross Mining NL in 1995. Nick was managing director of BeMaX Resources NL (an ASX-listed company) from 1997 until 2000 and instrumental in the discovery of the world class Ginkgo mineral sand deposit in the Murray Basin in 1998, prior to its $300m takeover by Cristal. As an Executive Director and co-founder of Arrow Energy NL (also ASX-listed) until his resignation in 2004, he drove the acquisition and business development of Arrow Energy’s large Surat Basin Coal Bed Methane project in south-east Queensland. The project provided the foundation for the $3.5bn takeover by Shell and Petrochina in 2010. He was a Non-Executive Director of Bow Energy which was also taken over Shell and Petrochina in 2011 for AUD$500 million.

He was a Non-Executive Director of Ballarat Goldfields NL from 2000 to 2002, having assisted that company in its recapitalisation and re-quotation on the ASX in 2003, prior to its $500m merger with Lihir Gold in 2007. Nick was founder and Chairman of TSX-V listed Waratah Coal Inc until its $130m takeover by Minerology Pty Ltd in December 2008. Nick was a co-founder of Northern Energy (taken over by New Hope Collieries in 2011) and a Non-Executive Director of Orbis Gold prior to its takeover by Canadian gold miner Semafo in 2014.

Nick is most recently known as a co-founder and driver as CEO of SolGold (LSE and TSX) and its world class Cascabel copper-gold porphyry project in Northern Ecuador, a greenfields discovery by SolGold. Cascabel has achieved a Resource of nearly 3 billion tonnes of ore which contains 10 million tonnes of copper and 20 million ounces of gold. Nick and his project management team, headed by Jason Ward, drove Solgold’s market capitalisation to in excess of US$1billion and were awarded Best Director and Best Exploration Team Management at the Mines and Money forum awards in London and Toronto 2017 and 2018.

What is your rationale for taking part in 121 Mining Investment?

Targeting investors with interest in taking part in the oil and gas energy sector.