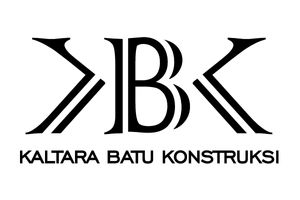 The KBK Aggregate Project (KBK) will consist of a 7 Mtpa (at peak production) drill and blast quarry operation with a separate 44-hectare hub area for the processing, crushing, stockpiling, and retail yard. The planned 7km overland conveyor link from the hub to the 32-hectare port will allow for smooth and efficient transportation of crushed materials, and a proposed barge link service to transport the product along the river to domestic and international customers. The KBK port area is approximately 8km northeast of the KBK quarry, close to the township of Malinau.

Dean has been developing natural resources and mining companies for over 25 years and has extensive experience in evaluation, construction, and operational phases of mining project development. Dean is the current Director of ResourcesX and also holds the position of Chief Operating Officer at Peakglobal Resources Consulting. Recently, he held the position of Senior Consultant at SRK Consulting (UK). Prior to SRK, Dean was involved with the start up and development of the Brockman 4 Iron Ore Mine in Western Australia for delivery of a 50 mtpa operation. Dean has been involved in developing over the 200 plus due diligence and feasibility studies across the globe and in multiple commodity types. Dean’s other roles include Associate Project Director of the Aidarly Copper Project, Kazakhstan with a focus on resources, mining and processing, tailings and water management and overseeing the evolving capital programs ranging from $1.5 billion to $1.8 billion. He has held other project and technical roles with RBC, Runge, Griffin Mining, Anglo, and Rio Tinto. Over the past ten years with SRK, Dean has worked closely with a number of miners, explorers and institutional investors and conducted numerous scoping study reviews on assets located in Africa, the Middle East, Europe, Asia Pacific, the America’s. Dean has significant experience in multiple commodities and mineralisation styles, and he able to act as Qualified/Competent Persons (“CP’’) in accordance with JORC/CIM/NI43-101 International Reporting Codes. Dean holds a Bachelor of Applied of Science (Geology) and a Bachelor of Commerce (Finance) from Curtin University, Western Australia. Dean is an active Fellow of the AusIMM and a Chartered Professional (Geology), and also held a role as an elected member of the Consultant Society of AusIMM.

KBK is ready for production and the project requires a small amount of kick-start capital to purchase the initial mining fleet and to finalise technical studies for moving toward the phase 3 expansion to deliver 7 mtpa operations.

3. Many offtakers ready to sign purchase orders and are awaiting initial production

4. Contractor mining services already engaged and the company has sources inital mining fleet to kick start operations by the end of 2022

Initial mine fleet order and delivered to site, continue drilling and technical studies for phase 3 expansion

2. We have a production permit

5. No direct competition we are the only large scale mass producer for aggregate material which has been sufficiently tested for use in specifically in the construction industry.

6. there are over 233 mega-infrastructure projects needing crushed rock aggregate and construction sand, both of which our company are developing.

7. All relevant permitting for phase 1 has been granted.

8. Investment backed by the security of first revenue within 3-6 months of initial production.

10. Sales price of aggregate has increase year on year for the last 2 decades and continues to increase due to supply constraints and quality of materials.

1. KBK is ready for production and revenue within 3-6 months

2. Our Quarry operation is Low risk mining with strong margins

3. KBK has a solid list of customers awaiting initial production