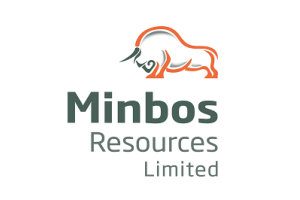 Minbos is an ASX -listed exploration and development company focussed on industrial minerals projects in Madagascar and Angola. The company has an option to acquire 90% of MRE Mining which holds two Rare Earth Minerals exploration permits in central Madagascar covering 440 square kilometres. The company has a 50% joint venture interest in Mongo Tando Ltd which recently had two phosphate licenses revoked in Angola. The company is exploring options to re-enter the projects in its own right. 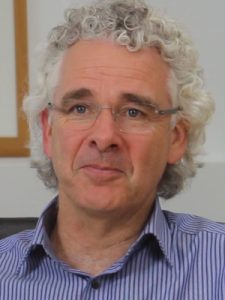 Lindsay Reed is a Mining Engineer with 30 years experience in exploration, development, operations and corporate finance. Lindsay has worked in minerals sands, copper and tin operations obtaining a Mine Managers Certificate. After completing an MBA he worked as a resource analyst in the Australian equity markets. Since then he has started and managed a number of resource companies with projects in a range of commodities in Australia, Africa and Asia.

Damian Black is a Director at Asia Principal Capital Operations Pty Ltd. He previously worked as an Associate Director (Corporate) at CPS Capital Group and at Tolhurst Ltd. Mr Black has been employed in corporate finance and stockbroking since 2006. Mr Black graduated from Curtin University in 1999 with a Bachelor of Science in Physiotherapy and also completed a Graduate Diploma in Applied Finance and Investment at FINSIA in 2005.

Minbos will be promoting its Rare Earth Interests in Madagascar on the back of geophysical survey results scheduled for late January with a view to exercising its option over the project and completing more drilling this season.

Minbos hopes to be in a position to provide an update on its phosphate interests in Angola and discuss potential corporate restructuring to separate the assets.

Exploration risk in Madagascar will be managed with a staged program to identify, prioritise and explore targets. Tenure risk in Angola will overcome by seeking participation in a new ownership structure.

Company is trading at a little over cash backing with a tight top 40, experienced board and management with exposure to Rare Earths in Madagascar and Phosphate IP in Angola with potential for corporate restructuring to release value.

Minbos Resources is an ASX-listed exploration and development company, with interests in phosphate ore within the Cabinda Province of Angola and Rare Earth Elements in Madagascar.

The company has an option to acquire 90% of MRE Mining which holds two Rare Earth Minerals exploration permits in central Madagascar covering 440 sq km. The company has a 50% joint venture interest in Mongo Tando Ltd which recently had two phosphate licenses revoked in Angola. The company is exploring options to re-enter the projects in its own right.

The company’s phosphate assets are located in Angola. Minbos held a 50% interest in the Cabinda Phosphate Project, which incorporates an approximate 2,000 sq km exploration permit covering all the known phosphate occurrences in the Cabinda Province. The remaining 50% was held by private company, Petril Phosphates. The project contains one development project – Cacata, and five advanced exploration projects – Mongo Tando, Chibuete, Ueca, Chivovo and Cambota.

All of these projects lie within 50km of the coast and within 0.5km of the established road infrastructure providing an excellent economic basis for the Project. Minbos has delineated a substantial resource of 449.8Mt at 9.8% P2O5. Within this resource, two high-grade projects have been identified at the Cacata and Kanzi Deposits.